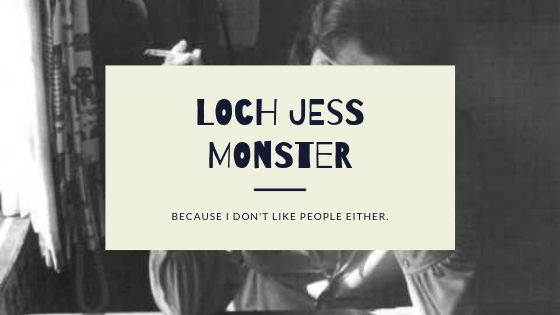 Have you ever met someone, and just their existence makes you want to rage about them for a good hour? I have about two that come to mind and I’m going to tell you about one of them.

One of my best friends, Natalie, is just recently divorced (YAY! Happy tears! Her ex left her for another woman). Not long after her separation from him, she decided to get on the dating train. Personally, I thought it was a tad soon, but I supported her no matter how she wanted to cope with the divorce. She didn’t feel comfortable sharing this aspect with her other friends and family members, so I was usually the only one who knew about her dates. Natalie has never had a problem in the dating department. For as long as I’ve known her, since 2012, she’s always had a boyfriend up until she got married. It was no surprise to me that she had a line of dates waiting to woo her as soon as she was available.

Flash forward to just before I left for England. She was having an end-of-summer bonfire at her house before it was to sell. She had been dating on and off with this guy named John, who seemed perfectly nice and extremely funny so I could understand her interest in him. I also met a long-time friend of hers, which I’m surprised I hadn’t met him much earlier. We can call him Kevin.

Kevin is a nice guy. I mean, so is John, but there are different levels of nice, just to be clear.

By the time I arrived with my pack of White Claws like the basic white bitch that I am, Natalie was already ass deep in spiked seltzer and I could tell immediately that she was drunk. Drunk Natalie is hilarious because she spends the entire time falling down. I don’t know how she does it, but then again, we all have our demon traits when drunk. Mine is usually smiling a lot and eating a pound of french fries.

John showed up to the bonfire to surprise Natalie, which was sweet, and they both ran off together doing God knows what. After talking to Kevin by the bonfire with a few people, there were a few things that just got under my skin.

First off, Kevin talking about his five year life plan. His plan was to find a girl, SOON, date for at least two years, propose, get married by the third year, move up in his career and have a baby by year five.

So, being the sassy bitch that I can be sometimes, I asked, “How old are you anyway?”

“Ah okay. Well, I don’t mean to burst your bubble, but plans don’t always work out the way you want them to. You might want to find a girlfriend first before planning your wedding and future baby,” I said. He laughed it off, probably not realizing that I was dissing this major life plan of his. But in my opinion, the plan was completely bonkers.

I also noticed that Kevin kept trying to find Natalie. He was keeping tabs on her, looking around the yard to see if she was coming outside. Our friend, Leanne came running outside laughing and screaming because Natalie and John were having drunk sex in his car out front. As we laughed this off, Kevin was silent.

Then suddenly, we heard the car horn, which made us laugh even harder.

“Oh, wow. The car horn went off. They are probably coming back now. The horn probably killed it,” Kevin said. We all turned and asked him what he meant. “Well, if I was having sex in a car and the horn went off, I’d stop and think this is probably a sign we shouldn’t do this.”

In my mind, I wanted to say, “The car horn wouldn’t have killed the sex, but you’re reaction to it would have.” Instead, I continued to sip on my White Claw.

Natalie comes stumbling back and realized she didn’t have a drink so she went back inside to fetch one. At this point, Kevin and I made our way to the kitchen and he stopped and saw I had a spiked seltzer for Natalie.

“She shouldn’t have another one. She’s already had a lot to drink,” he said with very serious eyes.

“We’re at her house, Kevin. Where is she gonna go? Her bed is literally right upstairs. If we were out in public at a bar, I’d say you’re right but she’s safe in her own home. Plus, there’s like ten of us here,” I said. I mean, sure, he was being protective and looking out for her, but it still bothered me. Kevin wasn’t her dad, or her boyfriend, he was just a friend she saw occasionally. Perhaps I’m overreacting, but this guy was TOO nice that he was sucking the fun out of the evening.

Honestly, I’d seen Natalie way more drunk than this. She may have been falling down a lot, but Natalie could have four White Claws and start falling down. She was nowhere near alcohol poisoning or anything threatening so I knew she was fine to have another drink if she wanted to. ALSO, she had like 4 different cans open at the same time and they were 3/4 full so she wasn’t even drinking them.

Anyways, later on, when Natalie was off again, Leanne finally asked Kevin if he liked Natalie.

He was very quiet, smirked a little bit, and said, “I’d rather not answer that.”

RIGHT THERE, I wanted to smack this guy in the throat. I wanted to vomit all over his polo shirt. That answer alone made me want to scream FUCK OFF.

The dude is 26 years old, and he’s too much of a pussy to just say that he likes her or has a crush on her, and instead is acting immature and giving half-ass answers which most definitely answers our original question.

Perhaps some of you readers think I’m being too harsh on this guy. But I know most women have been in this position. You meet a nice guy, and he certainly likes you, but you’re just not into it. And then that nice guy says the dumbest shit ever, which is, “This is why nice guys always finish last…”

I absolutely despise that saying, because it’s just not true. There is a level of nice, where you reach it, and it’s too much. You can meet a guy who is kind, caring, and respectful, and it’s sexy. And then there’s a line just above it where it’s unattractive and puts you off.

I’m not telling you nice guys out there to start hating on women and smack em around or call them names. But if you’re too nice and constantly worried about respecting us, it comes off as boring. We suddenly have a flash into our future of being married with kids in a suburban town, driving a mini-van and your husband starts wearing Mr. Rogers sweaters and we’re in bed by 8. If we’re getting that vibe from you upon meeting you, this is probably why we’re not interested. Dating is supposed to be fun and spontaneous. Don’t be afraid to show your dark side because everyone has one.

We want to feel like we’re dating a man, not a boy. Here’s a good example, I dated this one guy, Drew, for nearly 10 months. He was extremely respectful, which I loved because I wasn’t used to that with my last boyfriend. Until it became too much. This may be TMI, but every time we were about to do the dirty, he would never take off my clothes. He motioned me to do it, but he never physically removed my clothes and it weirded me out. Once we broke up, I sat with one of my friends and said, “Honestly, I just want a man who wants to take my top off!” I didn’t realize how much it truly bothered me until after the fact.

Once I met Kevin, he came off as a guy who wouldn’t take off a girls top.

Poor Kevin has a zero shot with Natalie, and I truly hope he finds someone. At least someone who is on the same level as him. If some of you are offended by this post, I’m sorry. For a while, I wondered if I was too harsh, but after speaking with some close friends and even Natalie about it, I was happy to hear I’m not the only one who thinks this way.

So boys, if you’re go-to for getting dumped is by blaming girls for not being into nice guys, please re-evaluate and just ask the girl specifically why she’s not interested. This is just an excuse to not work on yourself and you’re putting yourself on this pedestal that you’re this extremely nice person who did all the right things and the girl was the one with the problem, not you.

Ladies and gents, tell me your “nice guy/girl” stories and why you weren’t interested! I know you have some! 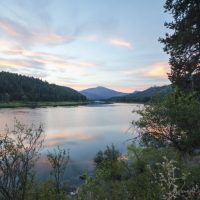 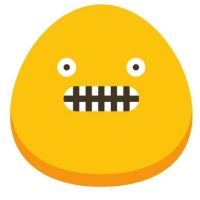 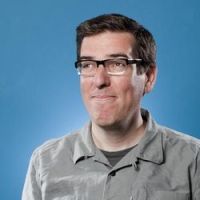 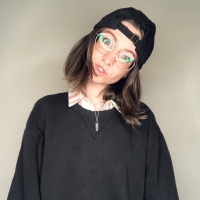 Saving Your Soul from the Corporate Grind. One Email at a Time.

But poetry, beauty, romance, love, these are what we stay alive for

Riddle from the Middle

real life with a side of snark

For The Love Of Sass

Finding my way back, through the unexpected & uncomfortable moments

Not That Big A Deal

A good laugh and a long sleep are the two best cures for anything. ~ Irish Proverb

Actual Conversations With My Husband

The humor and horror of a happy marriage

A Whole Lotta Nothing
Drinking Tips for Teens

Creative humour, satire and other bad ideas by Ross Murray, an author living in the Eastern Townships of Quebec, Canada. Is it truth or fiction? Only his hairdresser knows for sure.

we don't have good chi here.

My Tales of Parenting and Other Crap

Bri Cuz I Said So

Beauty and the bookshelves

DON'T GIVE A JAM

the musings of a Texas girl in a New York world